This article originally appeared in the April 2018 issue of House & Home. 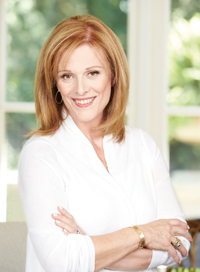 There are some big cities and small towns with neighborhoods that are a renovator’s delight, offering prewar houses in pristine condition, crying to be reimagined by a talented architect: Prospect Park in Brooklyn, New York; Cambridge, Massachusetts; and many Toronto neighborhoods including The Annex, Cabbagetown and The Beaches.

The first wave of renovations started in the late ’70s, when “white painters,” baby boomers with sledgehammers and sandblasters, almost ruined whole neighborhoods, tearing off porches and installing picture windows in graceful, old Victorian houses. Sometimes architects got involved and the results were not much better. Strange boxes appeared, attached to the fronts of old houses as if added on as afterthoughts. Interior walls were torn down, brick walls exposed and steel beams were supported by posts plunked in the middle of an open space that you saw as soon as you entered the front door.

Gradually, we progressed to restoration as the solution. Original windows were lovingly replaced, old mantels installed to echo the originals that had been ripped out by a previous renovator, and bathrooms were redone with new fixtures that were repros of the originals.

Finally, today we’ve reached a new place that’s really exciting. Drive through any of these neighborhoods and every so often you’ll see a fabulous example
of the potential of an old house in the hands of a talented architect who understands how to balance the front exterior character of the original house with a bold, graphic vision for the interior that often includes an addition. The designers at Toronto firm Superkül call it a “transformative intervention.” That sounds right to me. The point is not to convert the house into something unrecognizable or ultra modern. The front of the house can be tinkered with to change the scale of a front door or a porch, or have its windows replaced with a new version of the same size, but it’s the back of the house where the real drama happens. Exterior back walls can be blown off and replaced with walls of glass and tall banks of French doors. An addition on the back of these houses is a common solution and narrow, poky backyards are often hardscaped into fabulous entertaining spaces.

If you’re considering a renovation to an old house, know that who you hire is critically important. I was once guilty of thinking I could renovate a Cabbagetown Victorian semi myself. It turned out okay, but certainly not anything near the stunning “transformative interventions” pictured here.

When you choose your architect, besides liking what you see in their portfolio, ask for references that speak to their process. You want a reliable schedule, expert project management and strict adherence to budgets and timelines.

If you can’t afford the whole ticket, ask for a two- or even three-stage reno. It’s better than settling for less than what you really want. Before you start, get a reality check from your real-estate agent. Ask what you can spend on your house and safely expect to get back on a sale, and over what period. Most of all, drive around, take pictures, visit the websites of these talented firms and build a file of what you like.

If you’re considering buying a house in pre-reno condition, bring in your architect before you commit. It’s worth paying for a consultation and preliminary budget estimate before you decide to purchase. You need to fully understand the process ahead. This scale of reconstruction is something you can’t live through. You won’t be moving in for a year or longer. Know, though, that if you get it right, an old house with its inherent character and elegance reimagined and customized to perfectly suit you and your family, is perhaps the very best home of all.

4 Nature-Inspired Decorating Ideas To Bring The Outside In

Lynda Reeves On What You Should Include In Your Next Reno