Actress Karine Vanasse Invites Us To Her Stunning Home! 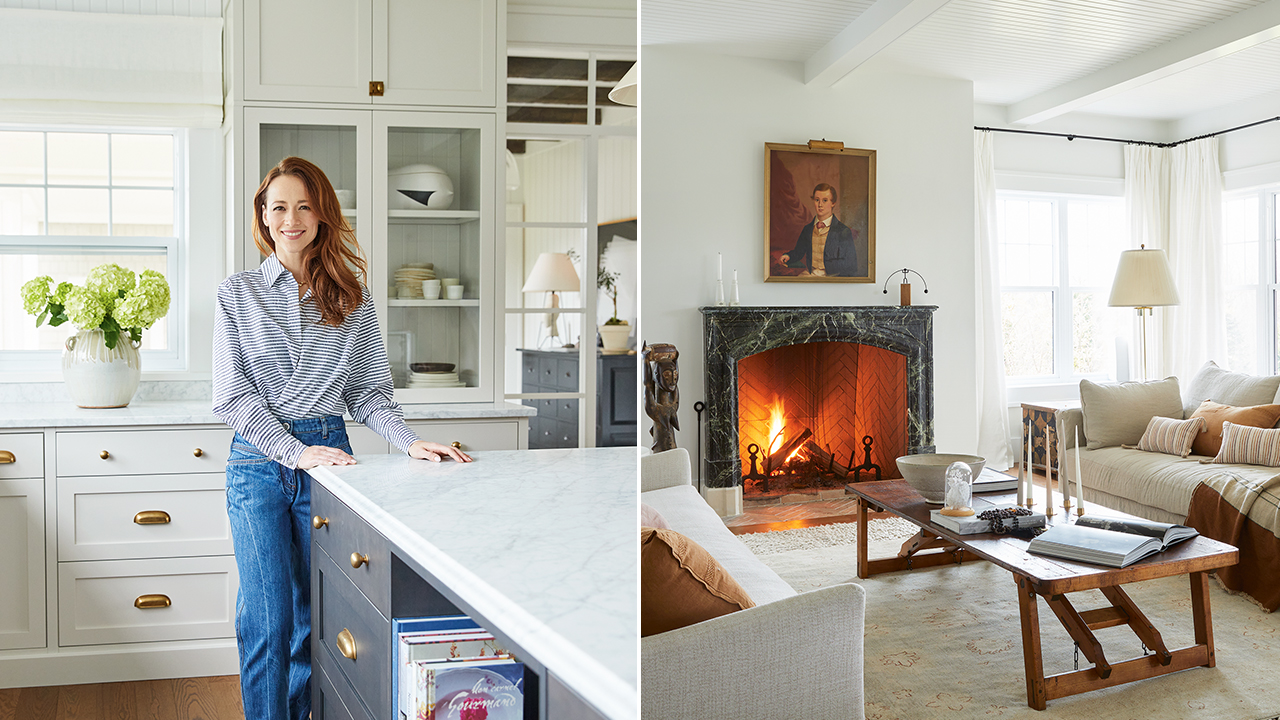 Quebec actor Karine Vanasse buzzed around a lot before her 35th birthday, absorbing a love of interiors with every change of scene. There were urban lofts in Montreal and New York City, a beach shack in Los Angeles and a romantic cabin in the forest in Quebec’s Eastern Townships. Along the way, the actor appeared in films such as Polytechnique, Séraphin: Heart of Stone, Switch and Set Me Free, and garnered acclaim for her roles as Colette Valois in Pan Am, Margaux LeMarchal in Revenge and Lise Delorme in Cardinal. In 2020, done with her always-on-the-move lifestyle, she bought a quaint three-bedroom farmhouse in the Eastern Townships, where she now lives with her four-year-old son, Clarence. “I love having my home base in Quebec,” says Karine. The farmhouse is nestled in the picturesque village of Knowlton, Que., a 70 minutes’ drive southeast of Montreal. Dripping with charm, the house is clad in shingles and topped with a gambrel roof so it looks like a barn. In our April 2022 issue we chatted with Karine about how she took her Eastern Townships home from blank canvas to timeless beauty.

When Karine  first saw the interior, it lacked a pulse. To revive it, she turned to designer Audrée Kemp Bélanger of AKB Design — au revoir, bland kitchen! They wanted to bring a feeling of history into a dwelling that had none (it was built in 2016). “The interior was a blank canvas without personality,” says Audrée. “Our objective was to make it feel timeless, classic and a touch modern.” Today, beams, shiplap and hefty wood doors are cosy and comforting, with lively wallpaper, statement lighting and Karine’s impressive art collection just some of the highlights of the stellar redesign. We chatted with the actor to find out what makes this place feel like home sweet home.

Scroll down for the Q&A and a tour of this stunning home!