This 500-Square-Foot Condo Is Anything But Cookie-Cutter 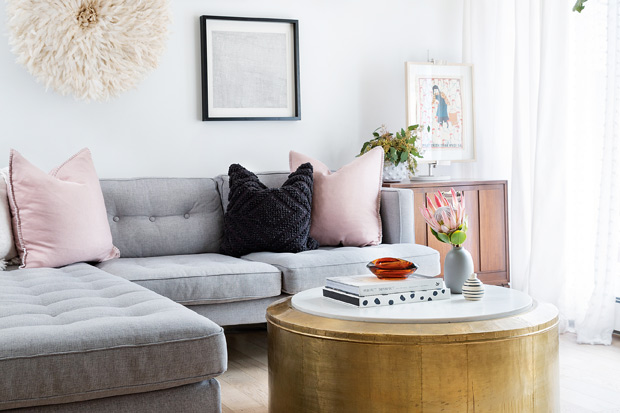 When Alanna Dunn bought her 550-square-foot condo in Calgary’s trendy Mount Royal neighborhood in 2014, she never imagined sharing the compact space with anyone else. Then, chance stepped in: that same week, she met her future husband, Ryan Agrey, an architect with Stantec, and a year later he moved in. “We weren’t sure if small-space living was for us, but I had just finished the majority of the renovations and felt like I hadn’t had time to enjoy the changes yet,” says Alanna, a senior designer at Reena Sotropa In House Design Group.

In the four years since, she’s continued to transform the condo into a bright home brimming with clever storage solutions that take advantage of every square inch. “We’re happy to have storage challenges if it means the trade-off is living within walking distance of 100 awesome restaurants,” says Alanna.

Scroll down to tour this cool and compact condo.

10 Fast Facelifts To Wake Up Your Home Now

See How This Cinematographer Is Living Large In 800 Square Feet