This Tiny Shed Is A Screenwriter’s Cozy Home Office 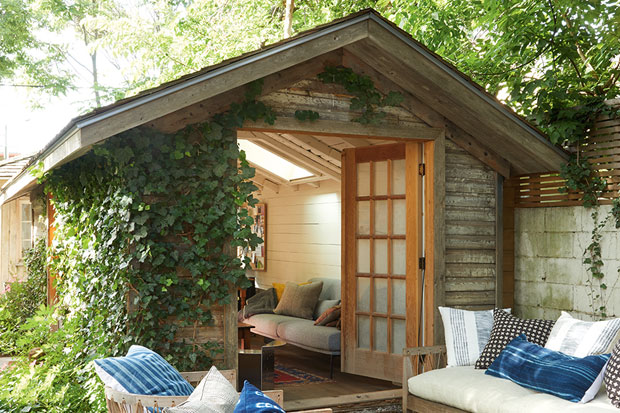 Screenwriter and producer Tassie Cameron, known for hit TV series like Mary Kills People and Little Dog, tells us why this is her favorite room.

“I’ve always been obsessed with outbuildings and hideaway spaces. When I bought this house in Toronto’s Little Portugal neighbourhood in 2012, this shed came with it. We used it for storage but my designer, Mary-Beth Jenner, convinced me that, with some time and money, it could be a four-season writing space: it’s as warm as my house.

You have to be authentic to what the space wants to be. To me, there’s something wild and woolly and British about it, which fits in with my Virginia Woolf obsession. She was a cool lady who had a lot of interesting things to say about being an artist. Her essay, A Room of One’s Own, was very meaningful to me, as someone who was trying to carve out a space and identify as a writer. In your domestic sphere, it’s important to prioritize a space that’s not necessarily ‘domestic,’ where you do your own thing.”

This Cheerful Nursery Is Inspired By A Surf Town In France

Inside The Bold Blue Den Of Society Columnist Amoryn Engel