See How A European Vacation Inspired This Family’s Dream Home 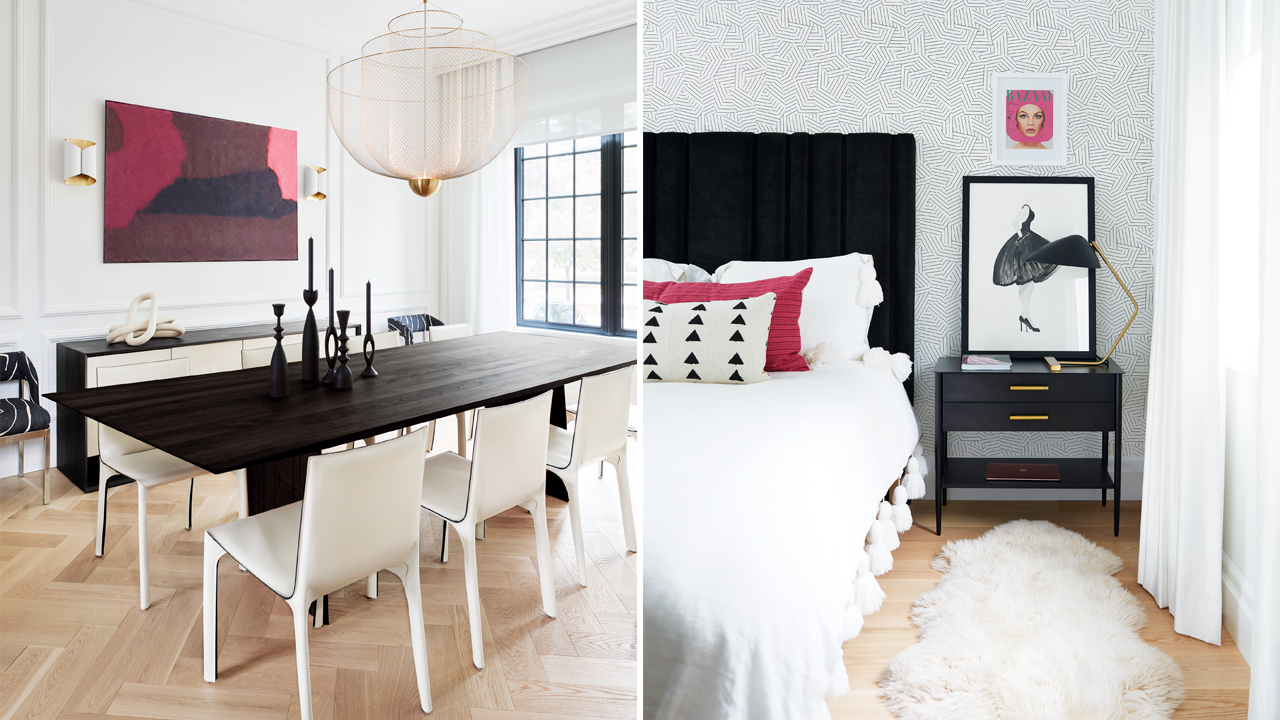 Travel may feel like a distant memory of late but, for a fortunate few, like Lisa and her husband, Philip, home is a constant reminder of time spent abroad. “Philip and I did a tour of Europe three years ago and fell in love with the clean lines and homey feeling of Scandinavian interiors,” says Lisa. The couple — who are accountants and have two daughters, Ava, 13, Grace, 10, and a golden retriever named Ollie — was also inspired by a hotel in Warsaw, Poland, that combined traditional and modern styles with a high-contrast palette.

When it came time to build their four-bedroom, four-and-a-half- bathroom home in Kitchener, Ontario, Lisa and Philip worked with designer (and fellow black-and-white enthusiast) Shirley Meisels to bring their Continental design aspirations to life. “I really do love black as a design element,” says Shirley, who’s at the helm of Toronto firm, MHouse. “It doesn’t have to be heavy: it can be there for drama, like in the powder room, for fun, like in the laundry room, or to ground a space, like in the kitchen,” she says.

Interesting materials and unusual applications can be found throughout the sprawling 5,000-square-foot house and every detail has been carefully considered. “I think this project was so successful because the clients had a vision, were very open to suggestions and trusted me and the builder completely,” says Shirley. “That’s how you get the best out of your team, by hiring good people that you can rely on, who have your back and who can help propel your dreams into reality.”

Scroll down to see how a European vacation inspired this family’s dream home!

The Lakehouse: Lynda Reeves On Designing An English Country-Style Kitchen

Personality & Practicality Are The Key Ingredients In This Kitchen