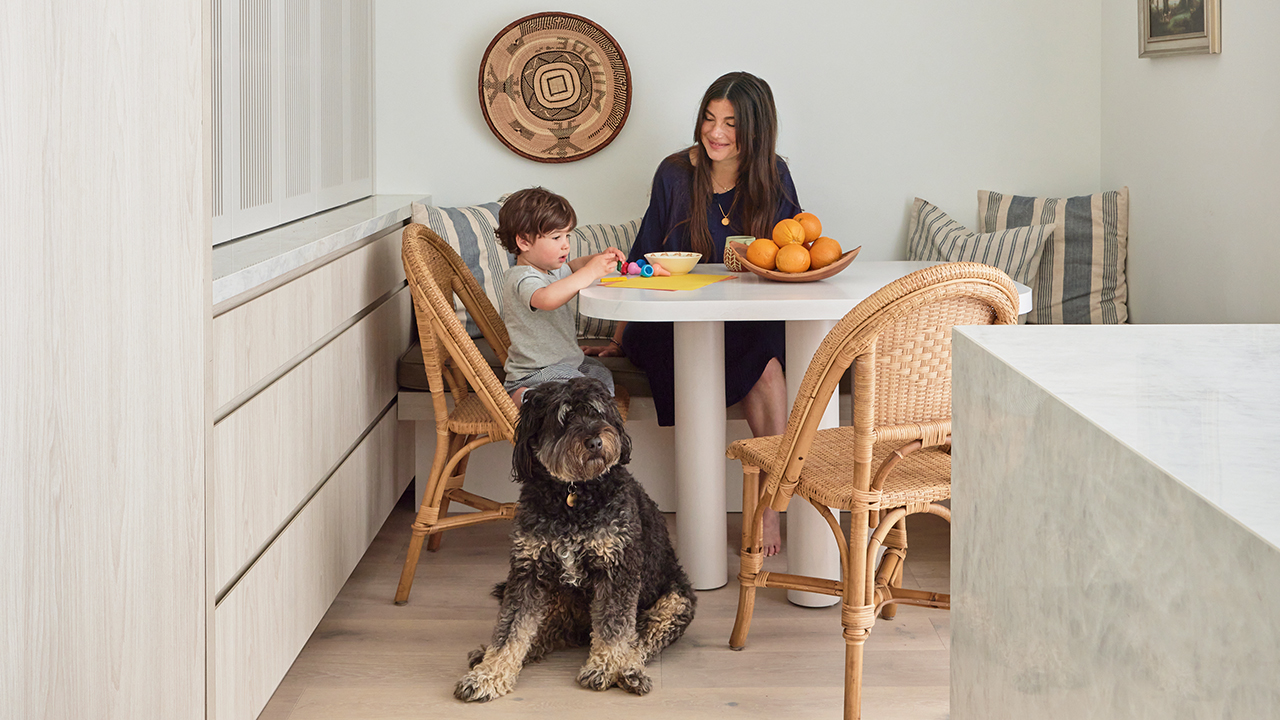 Carly Stone has a thing for quirky houses. Ever since moving to Toronto’s Wychwood area, the filmmaker and her husband, Jeff Mikelberg, a lawyer, would walk the leafy streets with their dog, Bear, and son, Bodie, and admire the bohemian neighborhood’s more offbeat houses — particularly, the few perched on a crest above the city with south-facing views. “I was looking for something unique and creative,” says Carly, whose first feature film, The New Romantic, was awarded a special jury prize at the 2018 South by Southwest festival in Austin, Texas. “We were considering moving to L.A., where I went to film school, but then this very unusual house came up on one of those streets that backs onto the slope.”

Discover The Latest P.E.C. Hotel To Get A Design-Savvy Makeover

Tour A Minimalist Home That Still Packs Plenty Of Drama