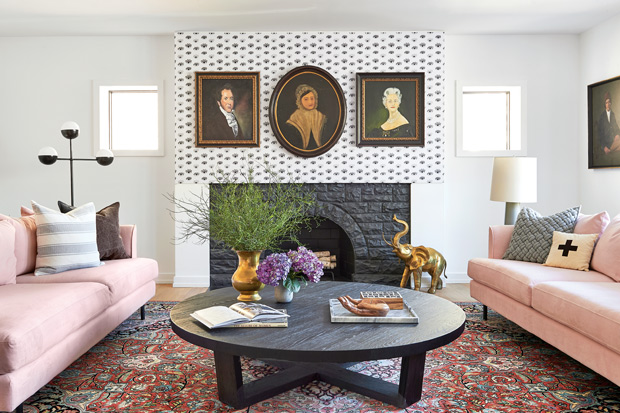 After living in Manhattan for 12 years, former model Quinn Cooper and her entrepreneur husband, Mike Baker, were ready to move back to Toronto to be closer to friends and family. They had 18-month-old daughter Ryan in tow and another, Cleo, on the way, but they were in no rush — first, they wanted a comfortable home to move in to. Sooner than expected, they found and purchased the perfect place, an almost 3,600-square-foot stone and stucco house in Forest Hill, a sought-after neighborhood just above midtown.

Andrew Hill and Jennifer Kudlats of StudioAC led the design with Quinn weighing in from New York, with a goal of transforming the dated and drab interiors into modern and airy spaces. “I wanted a home where the girls felt like they could go into every room and touch everything,” says Quinn. Ten months later, the job was done. Today, the home’s now cleaner and more contemporary architecture artfully dovetails with Quinn’s eclectic, playful decorating — which she’s parlayed into an interior decorating business all her own.

Scroll down to tour this wonderfully whimsical home!

Architecture and design by StudioAC; Interior decorating by Quinn Cooper

Bring The Spa Home With These Canadian Products