See Inside An Eastern Townships Country House Packed With Color 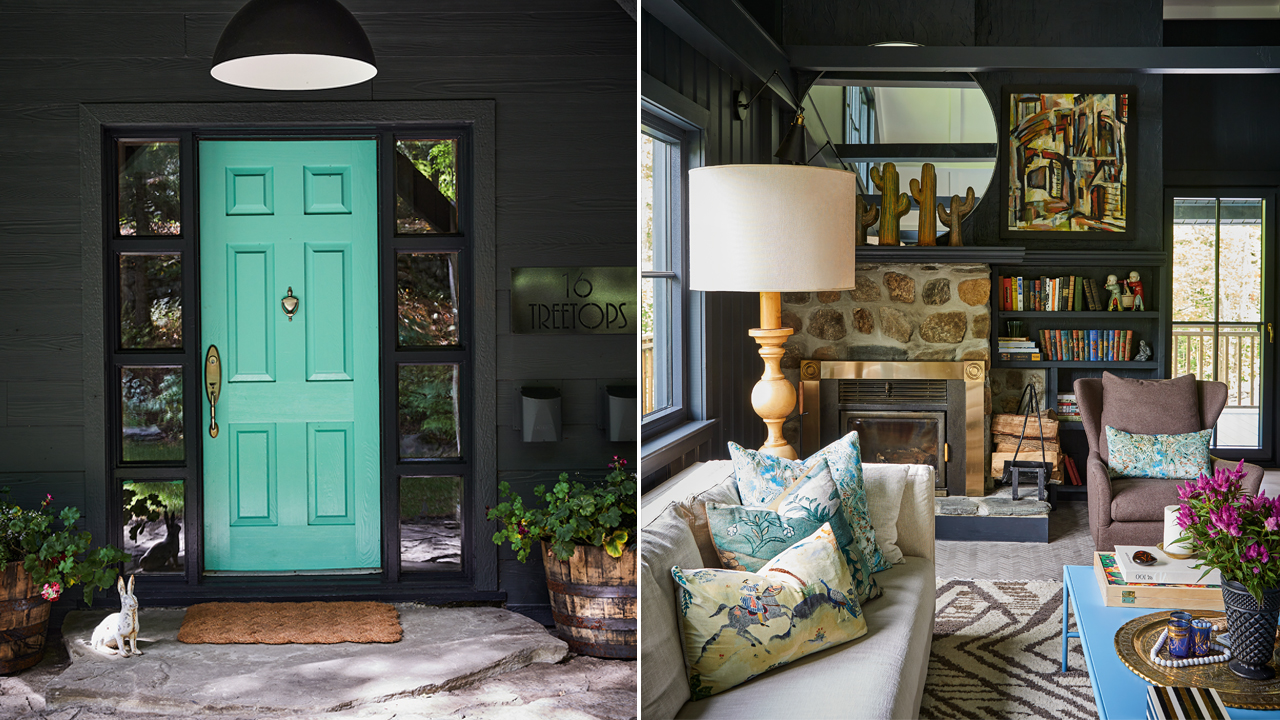 It’s not often you know a house is The One without even stepping through the front door. But for artist Ronda Diamond and Richard Cherney, a lawyer, a video tour was all it took to fall head over heels for this Knowlton, Que., charmer — which came impeccably furnished, down to the last detail. “It was just so pretty,” says Ronda.

Montreal designer Luke Havekes had bought the hilltop house as an investment, then gutted and decorated it. Having already renovated a condo and house in Montreal for Ronda and Richard, he knew they’d appreciate his fearless take, and the location. “It’s in an area that’s more Hamptons than mountains, with pastoral fields, farmland and horses,” says Luke. That said, the house, built in 1977, was a mess when he started; it needed everything from new plumbing and electrical to better balconies, windows and a roof. Luke’s makeover took just over a year, and he gave himself carte blanche on the decorating. “This house is layered and eclectic in a pared-down way, not packed to the rafters — it feels full and cozy,” he says.

Scroll down to tour this country home in the treetops!

This Saturated Bijou Home Is A Maximalist’s Dream

How To Bring Color & Character To An All-White Interior